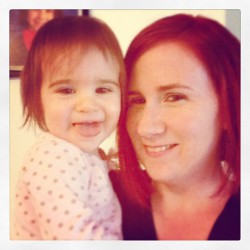 A SAHM that reads and reviews romance (all sub genres of romance), Urban Fantasy & Sci-Fi, sometimes Horror, and YA (some sub genres of it).

I've been reading since I was my oldest daughter's age….thanks to R.L. Stine & Christopher Pike…and later on thanks to Anne Rice.  Those 3 authors changed my life and I have been obsessed with reading ever since. 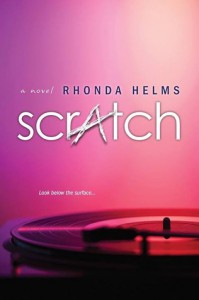 The minute I started this book I knew I was going for a ride on the female character's, Casey's troubled life. Casey had never let anyone pass her physical and emotional barriers because the poor girl had a horrible past that kept haunting her. Since she couldn't move on from what happened to her and her family, she pushed people away and put up a wall that was hard to break down. In fact the minute a boy, Daniel showed any interest in her all she did was push him away. Daniel was determined to learn more about Casey because she intrigued him. Casey lived her life as a college student and as a DJ at night  to try to forget about what happened to her, but Daniel and everyone around her wanted her to open up more. Instead, Casey is not going to give up her way of life until Daniel, the boy in one of her college classes keeps trying to break her barriers.

Scratch is full of all the usual elements of the New Adult genre, but instead it has a very determined boy (who isn't broken) continue to push at the female character, Casey's buttons. Casey is what you would consider very broken because of the scars she hides inside her and outside her. She has every right to hide the truth of what happened, but she does it in way that is going to test the people around her who want to get closer. She feels she'll be judged by the past she had no control over. Believe me readers will be in shock what Casey went through. I was one of those readers from the minute the past came forward, I felt sympathy for poor Casey.  The poor girl needed some closure, and she needed someone to show her actual love.

The one thing that bothered me was how quick the ending came. I felt there was no real closure or complete happiness for Casey. It was rushed and I expected a little more to the ending. There was the issue of Casey driving me crazy with her constant back and forth attitude with Daniel. The poor boy just wanted to learn more about her and every time he came close to her, she pushed back harder than anything.

Overall Scratch was an enjoyable book that brought forth issues that I've never read before. I give it 3.5 moons and recommend it to readers looking for something different to read in the New Adult genre that has become highly popular in the recent years.

I received a complimentary copy of the book from the publisher in exchange for an honest review.